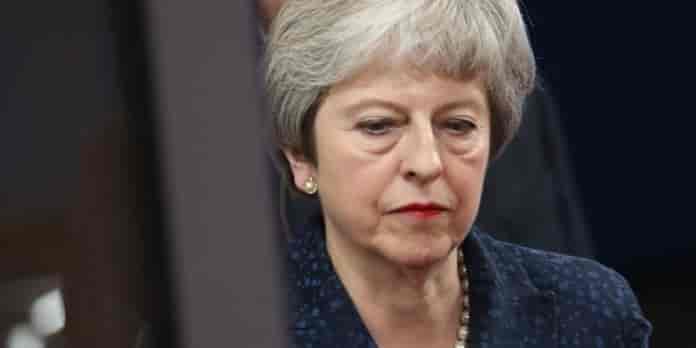 In the biggest defeat for a sitting British government in history, Prime Minister Theresa May’s divorce deal to leave the EU was overwhelmingly rejected by MPs, triggering a no-confidence motion against her government and leaving the country with no plans for Brexit on March 29.
The crushing defeat Tuesday threw the government and and its plan for Brexit into crisis.

May’s bid to get the Withdrawal Agreement, struck between London and Brussels, was rejected by 432 votes to 202 – a majority of 230, the biggest defeat ever suffered by a British premier in modern history.

Within minutes after the defeat, opposition leader Jeremy Corbyn’s Labour party moved a motion of no-confidence against the May government to be held on Wednesday.

Britain is set to exit the 28-member European Union, which it joined in 1973, on March 29. With just over two months to go until the scheduled departure, Britain is still undecide on what to do.

Hardline Brexiteers and Remainers opposed the agreement for different reasons. Many feared that Britain could lock itself into an unfavourable trading relationship with the European Union.

Over 100 lawmakers of May’s Conservative party – both Brexiteers and Remainers – overwhelmingly voted against the deal, leading to the worst parliamentary defeat for a government in recent British history.

The crushing defeat also marks the collapse of her two-year strategy of forging an amicable divorce with close ties to the EU after the March 29 exit. (with inputs from PTI)