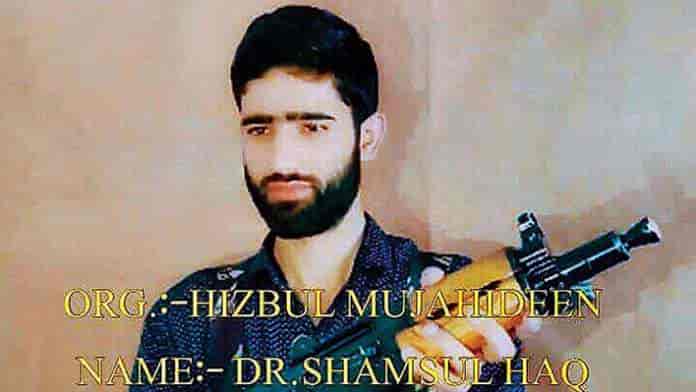 Srinagar: Three militants, including the brother of an IPS officer, were killed and an army soldier was injured in Shopian district of south Kashmir on Tuesday.

According to reports, a joint team of army’s 44 RR, Para Commandos and SOG launched a search operation in Shirmal after having credible input about the presence of some militants in the area.

As the joint team of forces intensified searches towards the suspected spot–the hideout inside an orchard, the hiding militants fired upon them, triggering off an encounter. There was a lull monetarily before firefight resumed, leading to the killing of three militants.

One army soldier has also sustained injuries during the course of the gunfight, and the bodies of the slain were recovered along with as many weapons and other arms and ammunition, they said.

The government forces blasted the hideout, the sources said.

Four militants were trapped and one of them reportedly managed to flee. However, there is no official confirmation in this regard so far.

Shamsul Haq had left studies at Bachelors of Unani Medicine and Surgery (BUMS) at government college here in Zakura campus. His elder brother Inamul Haq is 2012 IPS batch officer who is posted in North East. The identity of the two other militants was being ascertained, official sources added.

A police official confirmed the killing of three militants but refused to comment about the fleeing of the fourth militant, saying the operation is still underway.

Regarding identification of Shamsul Haq, the officer said it was being ascertained even as inputs suggested his presence when the operation was launched. (Inputs from GNS)