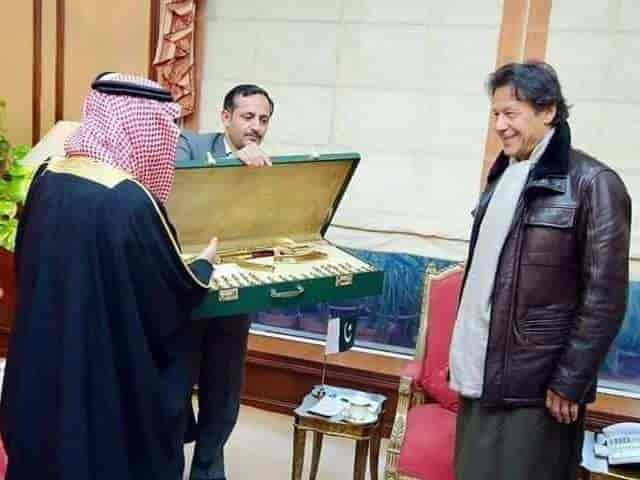 The gold-plated Russian gun was gifted in a meeting at PM Office on Monday, sources told The Express Tribune on Tuesday.

The premier thanked the Saudi prince for the expensive gift, they added.