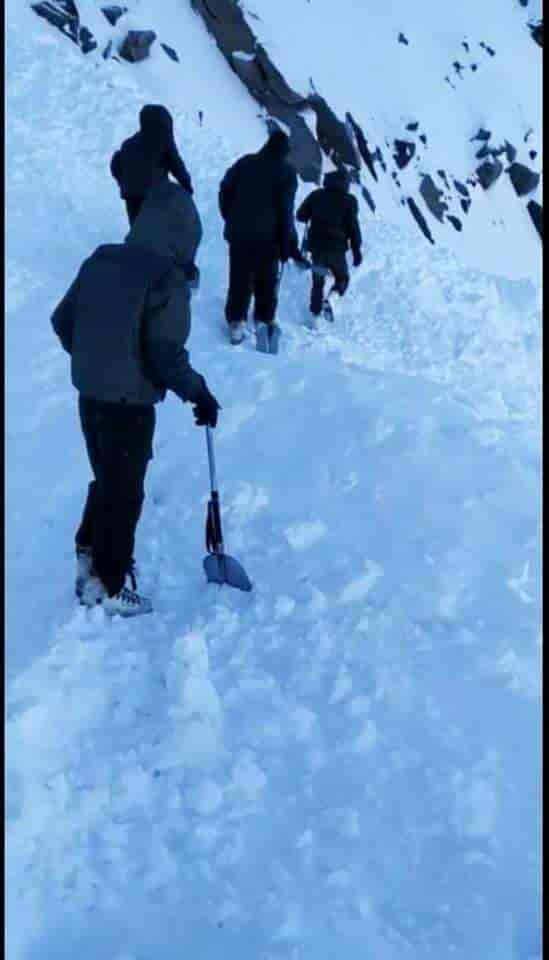 Srinagar: Five people have die while five others are still missing after an avalanche buried a vehicle at Khardung La pass in Jammu and Kashmir’s Ladakh on Friday morning.

An official said that a Scorpio vehicle was hit by a giant wall of snow at Khardung La pass that is located north of Leh.

Reports said that shortly after the incident, rescue operation was launched in the area. Rescuers managed to retrieve five dead bodies from the snow while the operation was on to locate the rest of the bodies.

“Rescue teams recovered the bodies from the Khardung La Pass, where the victims were travelling in a vehicle,” said an official.

“A high alert for the avalanche had been sounded on Thursday by the administration following adverse weather advisory by the Met. (CNS)