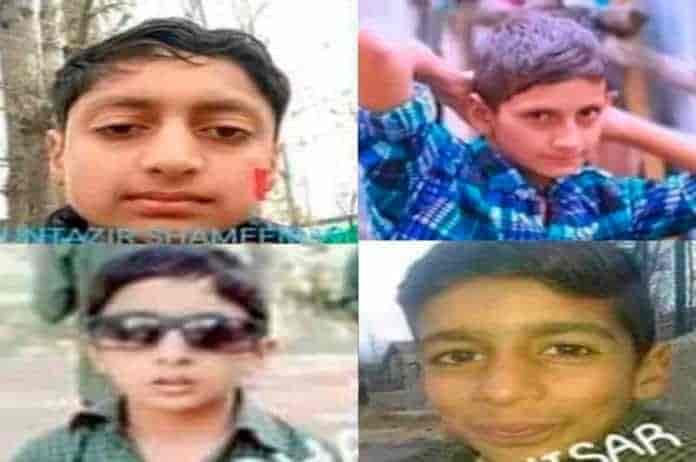 All of the missing children belonging to Nillow village of south Kashmir’s Kulgam district have safely returned home, locals said.

Speaking to The Kashmir Walla a local of the village said that the missing minor children were found late last night, “They had gone to fishing and got late upon arrival.  Fearing reprisal at home they decided to spend the night in Kulgam district hospital,” Khurshid Ahmad a local said.

Adding that the children have safely returned home,

Scores of pages on Facebook had shared the pictures of the missing minor children from Kulgam.

The news is still being circulated on the social media despite the four having returned home safely.