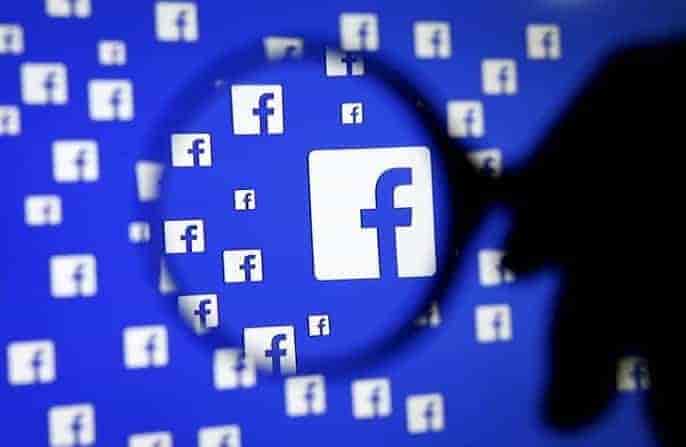 Srinagar: Facebook tells its moderators to “look out for” the phrase “Free Kashmir” on its platform “urging moderators to apply extra scrutiny” on such posts.

This was revealed by a New York Times report “Inside Facebook’s Secret Rulebook for Global Political Speech” on Friday, explaining how social media giant Facebook monitors content and filters it by giving “guidelines” that “consist of dozens of unorganized PowerPoint presentations and Excel spreadsheets.”

The report, while giving details of content moderation in many parts of world, reveals that a guideline slide says that “Indian law prohibits calls for an independent Kashmir” and “instructs moderators to “look out for” the phrase “Free Kashmir.”

Facebook says it is simply urging moderators to apply extra scrutiny to posts that use the phrase, the report quotes. “Still, even this could chill activism in Kashmir. And it is not clear that the distinction will be obvious to moderators, who are warned that ignoring violations could get Facebook blocked in India.”

In last few years, Facebook has permanently or temporarily removed profiles of Kashmiri users and also removed content that is related to Kashmir. Several news organizations, including The Kashmir Walla has faced removal of content from their official pages.

The NYT report also shows a diagram, saying Facebook’s rules for India and Pakistan both include this diagram “explaining that the company removes some content to avoid risk of legal challenge or being blocked by governments.” 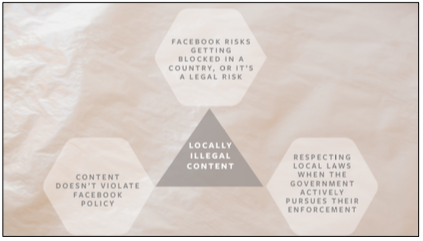 As per the report, Facebook’s one document “sets out several rules just to determine when a word like “martyr” or “jihad” indicates pro-terrorism speech.”

Monika Bickert, Facebook’s head of global policy management, is quoted saying that the primary goal was to prevent harm, and that to a great extent, the company had been successful. But perfection, she said, is not possible.

“We have billions of posts every day, we’re identifying more and more potential violations using our technical systems,” Ms. Bickert is quoted in the report. “At that scale, even if you’re 99 percent accurate, you’re going to have a lot of mistakes.”