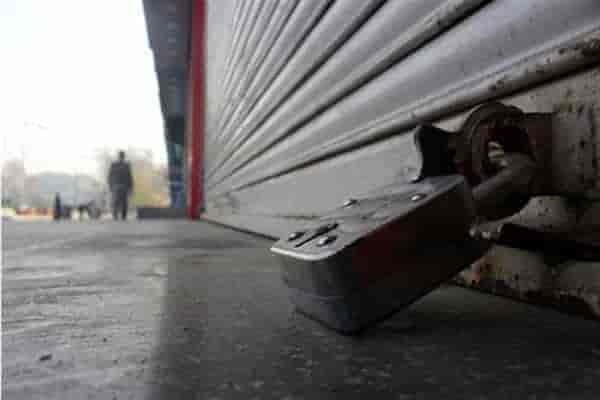 On Monday, at around 10 in the morning, the busy streets of Kashmir turned chaotic, just after the rumor of scrapping of Article 35-A spread like a wild fire among the Kashmiris. The Article 35-A on the Indian Constitution assures special status to the people of Jammu and Kashmir – preventing non-locals from buying or owning any property in the state, settle permanently, or avail any benefits from any state-sponsored scheme or the government jobs.

The rumor, which had spread all across the Valley from Srinagar to Pulwama, took an ugly shape in the form of clashes, leading to a spontaneous shutdown. The city centre Lal Chowk, which was just bracing up for another busy day, fell silenced in no time. Wild clashes between forces and stone-throwing youth were reported in parts of the Valley like Srinagar, Pulwama, Anantnag and Shopian.

How did the rumor spread?

While, apart from social media, the word of mouth just played the role of adding fuel to the fire. As reported by the Press Trust of India, quoting an official, “Announcements were made on loudspeakers that Article 35A has been scrapped and people were asked to observe a strike and come out to protest.”

However, it was too late until the Jammu and Kashmir Police released a statement appealing people to “maintain calm and not pay head to rumors”.

“Some sections of media circulated news regarding Article 35A. The news is refuted as baseless. People are requested to maintain calm and not to pay heed to rumor. The main hearing is on August 31,” the statement read.

The police also blamed the news organisations for spreading fake news: “Some sections of media circulated news regarding article 35 A. The news is refuted as baseless.”

While Muneer Khan, the Additional Director General of Police (ADGP), warned about strictly “dealing with the culprits” behind the fake talk.

“A rumor is being spread by miscreants that hearing of Article 35 A case in the supreme court is today. This is not a fact,” Khan said.

While the fake news reported that the Supreme Court of India has scrapped the controversial Article 35-A, the “fact” is, the apex court was only going to hear a fresh plea submitted by the Bhartiya Janta Party (BJP) leader Ashwani Upadhyay. Interestingly, SC, however, did not take the plea, after the petitioner himself appealed the court to avoid the hearing.

Reports also say that the “confusion” had been created about listing of the Article 35A case in the SC.

“In this regard, let me clarify that it is a fresh case filed with regard to Article 35A which has been listed at S.No 10 before Chief Justice. This has nothing to do with the original case pending in the Supreme Court that may be listed for (August) 31st, though the exact date would be made public on Tuesday. Probably, this new case may also be clubbed with the petition filed by RSS-backed NGO ‘We the citizens'”, The Week reported, quoting the spokesman.

While the next hearing is scheduled to be on 31 August, where a three-judge bench will hear the case, the controversial hearing on the scrapping of Article 35-A has been going on since a long time.

ALSO READ: All You Need To Know About Article 35-A

Fake news and its consequences

With the spontaneous shutdown that was followed right after the rumor spread out, the daily movements of the locals here came to a standstill. Locals businesses were shutdown, educational institutes remained close, and wild clashes rocked various parts of south Kashmir.

As per media reports, more than 100 were injured in clashes between the forces and stone-pelting youths on Monday.

Reports said that the just after the rumor spread across, the students of Government Degree College (GDC), Shopian, hit the streets and started protesting, followed by the clashes with deployed Forces.

The injured were moved to the nearby Sub-district Hospital, of which, about seven were referred to Srinagar’s SMHS Hospital for advanced treatment.

Other than south, protests were also reported in the north of Kashmir. The students of GDC Sopore indulged in clashes with the deployed forces.

Silent protests were also held by the students of GDC and Higher Secondary School, Ganderbal.

The Joint Resistance Leadership (JRL), comprising of Syed Ali Shah Geelani, Mirwaiz Umar Farooq and Yasin Malik, has called for a two-day shutdown strike from August 30, as a protest against the hearing on Article 35-A by the Supreme Court.

In a tweet, Mirwaiz Farooq wrote: “As the Supreme Court of India is now hearing the case, challenging the state subject law of J&K,on 31st Aug as such the statewide protest hartal by JRL against this nefarious move will now be observed on 30th &31st Aug .However protests by different segments of society will continue.”

While just a rumor boiled Kashmir with scores of injuries, condemnation, and protests, Article 35-A, if tinkered, could lead to a possible unrest with far-reaching consequences.