After the fall of the PDP-BJP government in last June, Jammu and Kashmir once again came under the Governor’s rule.

While speculations were raised over the BJP’s move of dumping their coalition partner PDP, as an attempt to choose a ‘blue-eyed’ Governor, the ruling party on Tuesday appointed its former vice-president, Satya Pal Malik, as the new Governor of the state, where Panchayat elections are due soon.

Malik replaced the longest serving Governor of the state, 82-year-old Narendra Nath Vohra, who was appointed by the previous Manmoha Singh led UPA government in New Delhi. He was one among the only few governors to have maintained his position in the BJP-led NDA dispensation.

Despite Vohra having served as the state governor since 2008, reportedly, true or not, the Centre was “upset” with his take on the revocation of Article 35-A, which is being heard by Supreme Court on Monday. Over his tenure, Vohra has seen the state go through the three major civilian mass uprisings, like 2008 Amarnath Land Row, 2010 civilian killings, and the uprising in the aftermath of the killing of Hizb-ul-Mujahideen commander Burhan Wani. In his tenure, the state also went through the backlash over the hanging of Afzal Guru and the turmoil over the Kathua rape case, and many more such instances. It is during his period Kashmir valley has seen a shift from a non-violent movement towards violent, including rise in armed militancy.

BJP had pulled off from the coalition just six days back, before Vohra was to retire on June 25. However, his term was extended until the end of Amarnath Yatra. Vohra was the first non-army, non-police officer to be appointed as the state’s governor in 18 years, however, he is now replaced by a ‘political governor’, Satya Pal Malik.

So, who is Satya Pal Malik, the new governor of Jammu and Kashmir?

Along with being BJP’s former vice-president, Malik was also a former Member of Parliament (MP), who got relieved as the Governor of Bihar to become the thirteenth Governor of Jammu and Kashmir.

Malik, 72, has served as the Union Minister of State, Parliamentary Affairs and Tourism, and has held many important positions in Central and State governments. He has also served as the Governor of Odisha.

Having worked with both Congress and BJP, Malik will be the first career politician to be appointed as J-K’s governor in over last five decades, since the former Governor Karan Singh’s tenure, which ended in 1967.

Malik joined the Congress in 1984 and became its Rajya Sabha MP but resigned three years later post the famous Bofors scam. He then joined hands with the VP Singh-led Janta Dal in 1988 and became an MP from Aligarh in 1989.

In 2004, Malik joined the BJP but lost in the coming Lok Sabha elections.

He holds a BSc and LLB degree from Meerut University along with a Diploma in Parliamentary Affairs from Institute of Constitutional and Parliamentary Studies run by Parliament of India.

“…challenge is to win the confidence of the people”

In an interview with The Indian Express, Malik said that his primary “mandate” is to meet people’s expectations.

“It is a challenging job. The basic challenge is to win the confidence of the people of the state,” he told the newspaper over phone from Patna. “The signal is that the Governor should be of the people.”

Apparently, Malik has also worked with Mufti Mohammed Sayeed in the VP Singh government, whom he now recalls as, “Mufti Saheb was a friend. I have worked with him. He was a wonderful person.”

While apart from Malik, the President of India also made changes in appointing governors in other Indian states of Bihar, Haryana and Uttarakhand.

However, in the words of Valley’s senior journalist Yusuf Jameel, it is the governor of Jammu and Kashmir who is “stealing the headlines” everywhere.

“President of India has appointed/ transferred Governors in about half a dozen states, but it is Jammu and Kashmir and the man who is going to hold the fort at Srinagar’s picturesque Raj Bhavan which are stealing the headlines,” the veteran journalist wrote on his Facebook wall. “Hold your breath!” 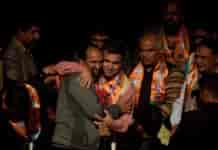 Of BJP and Its Politics in Kashmir 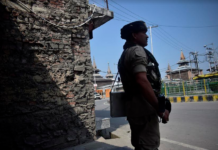 A day in the Union’s Territory: Jammu and Kashmir 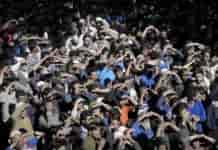 What Reorganisation Act Changes in Kashmir?