In February 2016, from Delhi’s Jawahar Lal Nehru University, who often march on to the streets against the government’s policies, a few students from the university became prominent faces since the government arrested its union president Kanhaiya Kumar along with some fellow students under sedition charges over a protest in remembrance of Kashmiri prisoner Afzal Guru. He was hanged on 9 February 2013. The sedition charges attracted worldwide condemnation. Within the chaos of those protests, a few young leaders emerged, who now plan to take on the BJP in the upcoming 2019 polls. Shehla Rashid, 30, is one such firebrand student leader from the JNU, who has continued to fight back the Modi regime, criticize its policies, raise issues of women security and demand justice for the marginalized. Rashid, who hails from Jammu and Kashmir’s summer capital Srinagar plans to put her mettle to test in the upcoming elections in 2019.

In this conversation with The Kashmir Walla, Shehla Rashid talks about how she plans to take on Narendra Modi and the BJP, and why.

Do you intend to join electoral politics anytime soon?

More than contesting election myself, wherever I go people suggest and ask me to contest election: my answer to that is, I’m not averse to the election, I have held the elected office even if at the university level alone. I have three priorities for 2019 elections, 1) Raise student, youth issues, employment, social and gender justice, so as to build pressure on all the parties. 2) To defeat [Narendra] Modi and the BJP, so we are laying the groundwork for the opposition unity, working in a sense of unity in opposition and emphasizing on constitutional values and constitutionalism, campaign for secularism and social justice. That has an innocence and that has a role in laying the groundwork for opposition unity that we see today. 3) Contesting election is the third priority because I want to work for people. You can do a lot in activism but holding an electoral office, there is a lot one can do. So, first is to raise issues, second is to defeat Modi and third would be contesting elections.

What would be your fight against, the stands you have taken – like you have been against the BJP and Modi in particular – how do you plan to continue it?

​I don’t think I want to layout the manifesto right now. What I want to say is our fight would be against the onslaught of communal hatred and caste and gender-based violence we have been witnessing. Every other day we hear incidents of Muslims being lynched on the allegations such as beef and all of that. This is disastrous. The Modi government is unleashing total anarchy. And at the same time, the central government doesn’t have Kashmir policy to speak of, and that has to lead the entire state in a biz. We want to campaign against the attacks on education and high handed nature of current government, it is dictatorial. One of the fights would be, to oppose Modi’s oppressive and divisive policies.

You are from Kashmir and it has its own complex politics – you think political landscape for you may be different than mainland India? Will you have to deal with conflict, religion and nationalist – anti-nationalist issues, like it happens when it comes to Kashmir issue?

​I feel that a discussion on the state of unrest in Kashmir is vital for the functioning of democracy. However, the environment has been poisoned by political parties to an extent that any discussion on Kashmir gets unnecessarily charged up and sensationalized. I think that the foremost challenge is to facilitate dialogue so that the Kashmir issue is ‘de-sensationalised.’ People are suffering immensely but there is no discussion because all these labels are taking precedence over human values and human tragedies. What is needed most is the treatment of Kashmiri people with dignity. The use of brute force on civilians needs to end, in order for any dialogue to happen. The rehabilitation of Kashmiri Pandits is an important issue, but it should not be sensationalised. Sensationalism doesn’t help the cause. Our larger aim should be dignity and harmony for all.

We have seen rise of a lot of young leaders in India, many of whom may likely fight elections – do you think it will have any impact on the rise of BJP and Hindutva ideology in India​?

​Yes, I’m optimistic. The youth today are clearly saying that they do not need politics of Mandir-Masjid, but basics such as employment, education and social security. The sheer precarity in which people are living is scary. There is total lack of any support systems for farmers who are in debt, whereas corporate like Nirav Modi, Lalit Modi and Vijay Mallya are given safe passage to flee the country! And then our politicians rake up Mandir-Masjid, Hindu-Muslim every once in a while. The educated youth can see through this, and they are raising their voices, and bringing the focus back to basics.

Can you give us a summary of issues that you personally are against the BJP or Modi or any demands?

​There is two kinds of opposition to the Modi government – on the one hand are youth who oppose his divisive tactics and communal agenda; and, on the other hand are people who are fed up with his disastrous economic policies which have resulted in loot of public money, depletion of people’s savings and heavy increase in taxes without a corresponding increase in welfare or in infrastructure.​ Apart from this, the repressive tactics of force and intimidation, murders of journalists and whistleblowers, use of violence on civilian protests are more pronounced under the current regime than the previous one. Crony capitalism has upset many in the business community. White-collar workers are distraught because they foresee large-scale downsizing for which the government is just not prepared. ABVP – the student wing of the ruling party – has lost student union elections in almost all universities, signalling huge discontent with the present govt.

How do you see yourself in the coming decade?

​If the current formation comes back to power, I see myself playing the role of a responsible opposition, highlighting people’s issues. I, along with other like-minded people, want to work on policy issues, and on presenting an alternative imagination of politics.

How much do you think India has changed as a country as a society since the BJP govt came in power – or you think it was always like this? We have seen violence over cows, caste, religion – everything.

​I think India has gone on the reverse gear under Modi. We held a lot of protests under the UPA government, against the Four Year Undergraduate Programme (FYUP), against corruption and sexual violence. We used to talk about expansion of rights, more freedom for women, further democratization of universities, etc. However, we are now demanding that universities shouldn’t be shut down, thanks to the rabid anti-intellectualism of Modi government. We are demanding that the Constitution should not be eroded, that we should not become a theocracy. Women’s rights have gone for a toss, because no one is talking about it anymore. Any advances in women’s rights require women across parties and inclinations to get on board. However, the current climate is so polarised and toxic that we are just busy countering the government’s divisive agenda, its overt support to rapists and lynch mobs, etc. BJP’s Union Minister gave a state funeral to a lynching accused. Their Cabinet Ministers in Jammu & Kashmir are organising rallies for release of rapists! This is shocking. When we protested against the brutal gangrape and murder of a medical student in Delhi in 2012-13, we did not care for the religion of either the victims or that of the accused. And, here we are, in 2018, talking about release of a rapist of a Muslim girl, just because he is a Hindu! This is why I say that India is on the reverse gear under Modi. 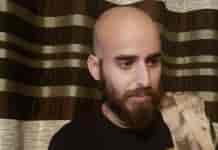 “Ghosts haunted me… cell was a cage”: Kashmiri journalist’s 9-months in jail 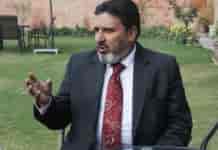 Atlaf Bukhari: “Apni Party is about development, not false hope of plebiscite” 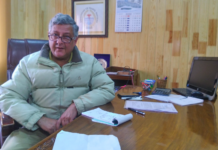