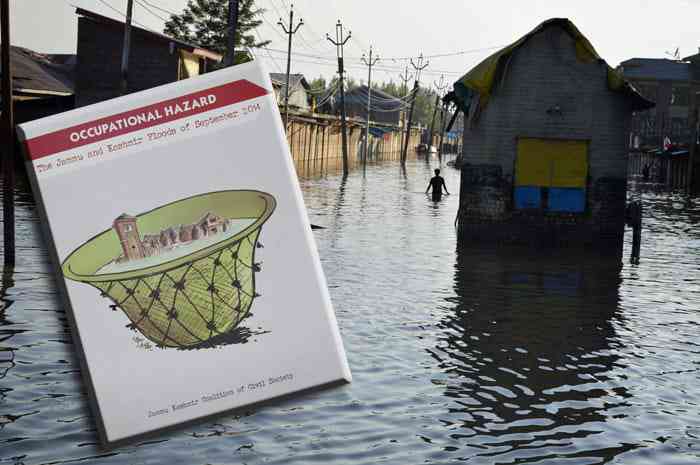 An extensive report that has documented the September 2014 floods of Jammu and Kashmir, raises serious questions about the role of political and military forces in the ecology of the region. The 173-page report,  Occupational Hazard, raises questions about accountability and culpability for the floods, from an ecological, civil and political rights perspective. It also highlights the role played by the local community in relief and rehabilitation of the flood affected people.

The report was released today on the eleventh martyrdom anniversary of human rights activist, Aasia Jeelani, here in Srinagar. It has been documented by the two researchers, Shrimoyee Nandini Ghosh and Mir Fatimah Kanth, from the Jammu Kashmir Coalition of Civil Society (JKCCS).

The report finds out that the decision to conduct assembly elections in December 2014 hampered the ability of administration to deal effectively with the urgent work relating to restoration and repairs of flood damage embankments.

It highlights the social, historical and political underpinnings of the flooding of Kashmir. In its conclusion, it “emphasizes that unless structural factors such as militarization of land and water resources, and the functioning of militarizing governance and political economy, are taken into account, little will change with respect to the regions increasing disaster vulnerability. Recent events add force to this contention. There is very little that is natural about a natural disaster.”

It also sheds light on how India functions in the region not just military control through territory but through the control of space, media narratives, governance structures and the economic development paradigm in Kashmir.

As large portions of land are occupied by the government forces, the report finds, that entails a massive military development, and the construction of militarised development infrastructure, which has caused untold environmental destruction.

Accusing the army for the illegal occupations of several areas, it gives examples of a few like Jammu – Baramulla railway line project and the physical occupation of civilian flood control infrastructure by the military. “The over and covert militarisation has considerably added to the region disaster vulnerability and the expandability of Kashmir lives and property,” the report reads.

Excerpts from the report’s Conclusion

The intensive militarisation of this ecologically fragile zone has a direct bearing on the disaster vulnerability, not just of its population but of the south Asian sub-continent at large. The militarisation prevents the carrying out of independent scientific research that is an imperative first step to preventing the occurrence of future disaster. Besides the direct consequences of militarisation the expropriation of fertile orchards, fields, meadows and forests have resulted in the adoption of environmentally destructive livelihood strategies by the displaced impoverished local populations.

Despite the existence of multiple agencies, authorities, policies and regulations, disaster governance in Indian administered Jammu and Kashmir have failed.

Militarised humanitarian rescues and relief in this conflict zone must be understood keeping in mind the contested Indian sovereignty over the region, and the Indian state’s need to exert its military and political hegemony over the population, through both indirect and direct means. This report has found evidence of discriminatory and selective rescue and evacuation by the armed forces.

They delayed rescues of these population almost certainly resulted in hire hospital mortality and morbidity rates, which were un-remunerated in the official death toll, that focused only on the number of deaths due to the direct consequences of the flooding such as from drowning, landslides, and house collapses.

The report has raised serious ethical concern about disaster journalism especially in the context of an armed occupation and conflict. The dominant Indian media narrative, which relied exclusively on military and state sources without taking into account the factual realities on the ground, unreflexively reproduced nationalist and militarised ideologies propagated by the state, in some cases seriously endangering the lives of victims. 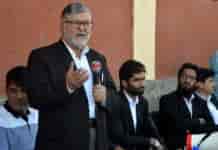