Expressing his resentment against a political party’s decision of hoisting Indian flag in Kashmir on Republic day, the Jammu and Kashmir state chief minister, Omar Abdullah introduce us towards something which has been often avoided. Why hoisting Tri-colour at Lal Chowk creates such a polemical and indignant atmosphere while every year same flag is waved twice in different parts of the region?

When the region was up in arms during the massive civilian uprising in 2010 summer green colour flags were dispatching the message to world. Covering the famous clock tower of Valley, Ghanta Ghar at Lal Chowk, young boys on the Muslim festival of Eid (which marks the end of one month fasting) hoisted different colour flags. Message was lucid, “Go India Go”. One hundred thirteen civilians were killed, hundreds injured, and property worth millions stormed to ashes in the five month long uprising, of which wounds are yet to heal. Turning pages of valley’s history, Lal Chowk (main city centre) has been politically most important place, apart from being commercially also.

Giving it a historical prominence, long back on November 2, 1947 the then Prime Minister of India, Jawahar Lal Nehru along with hugely followed political party National Conference, President, Sheikh Muhammad Abdullah addressed a large public gathering in Lal Chowk saying, “We have declared that the fate of Kashmir is ultimately to be decided by the people. That pledge we have given and Maharaja has supported it; it is not only a pledge to the people of Kashmir but to the world. We will not, and cannot back out of it.” Though this pledge never came to life but is only reminisced as an event. Even during this gathering both Indian and Kashmir’s own flag was waving near the podium on which Sheikh was sitting on right-hand-side while Nehru was speaking.

The flag controversy started after the decision of hoisting Indian flag at Lal Chowk by one of major mainstream political parties of India, Bhartiya Janata Party (BJP). This year it will be the repetition of the nineteen-year-old party history. In 1991, the senior BJP leader Murli Manohar Joshi took out a rally, “Ekta Yatra from Kanyakumari, Kerala (December, 11, 1991) to Srinagar, Kashmir (January, 26, 1992)” and hoisted the Indian flag at Lal Chowk along with other party workers.

No matter it can be vividly observed what BJP intends to prove by hoisting flag but the controversy in itself speaks volumes that Kashmir is a dispute. From separatist alliances to mainstream political parties the move has been widely opposed. It can disturb the tranquil situation of Valley which both central and state government want to avoid. People in general and political leaders in particular have vowed BJP party to make it to Lal Chowk on coming January 26.

Hoisting of flag by BJP is aimed at nothing but only to gain more publicity and strengthening their vote bank. It wants to continue its ultra-nationalism coupled with Hindu extremism in Valley also. However, this may come as an opportunity for separatist parties of Valley to streamline their agendas and assemble under one umbrella to resist the flag hoisting. As the Jammu Kashmir Liberation Party is concerned, its Chairman, Muhmmad Yasin Malik challenged BJP to show up at Lal Chowk. He termed it as the party’s intellectual bankruptcy.

So far BJP has been somewhat successful with these manoeuvres. When BJP came on roads in Jammu region during 2008 Amarnath Land Row the party could win ten more state assembly seats from the region. Playing political cards on Kashmir, BJP has been always against the Kashmiri’s protest for independence from Indian rule. It supports the complete integration of state with India which valley opposes.

This year the national plan of BJP is to take out a rally, “Rashtriya Ekta Yatra” which will start from Shyambazar in North Kolkata and BJP National President Nitin Gadkari will flag it off. The youth wing of party, Bharatiya Janata Yuva Morcha (BJYM) will begin rally on January 12, commemorating the 150th birth anniversary of Swami Vivekananda, will conclude at Lal Chowk in Srinagar on Republic Day, January 26, and as decided hoist the national flag.

If BJP will be successful in its plan then it may affect the calm of Valley. However, peaceful protests in the region are on halt due to chilly winters but still it can create some political imbalance. It’s clear that the party is only performing its best role in politics to gain more support back home in other states of India. Moreover, this is also the radical fundamentalism of BJP party to do politics. Though, it will be curfew in the Kashmir region as it has been the customary government action on Indian Republic Day and Independence Day.

I quote what the Indian booker-prize winner author, Arundhati Roy says: “Flags are bits of coloured cloth that governments use to first, shrink wrap people’s brains and then as ceremonial shrouds to bury the dead.” Though, here in valley it seems flags represent the party agendas to garnish public support. 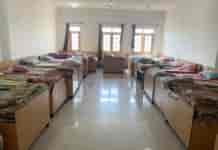 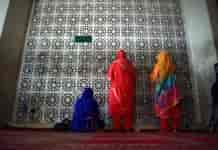 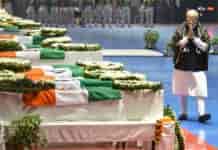