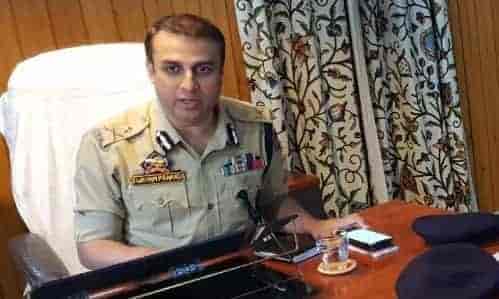 Inspector General of Police SP Pani Monday said that over 15 boys from South Kashmir have shunned militancy from past couple of months with the active role and support of their family members.

He said police will help those youth in every possible way who want to join mainstream. “The graph of violence has come down drastically in some of the militancy infested areas of South Kashmir. Little by little, some restive parts of South Kashmir are limping back towards normalcy,” Pani said.

Pani said some youth join militancy due to impact of social media or other reasons. “We are committed for the betterment of these youth and don’t want they adopt the path of violence. Yesterday, four youth were arrested in frontier district Kupwara when they were trying to ex-filtrate. We are questioning them and hopefully after counseling they will be rehabilitated,” he said. (CNS)

Previous articleFight us not our families, Lashkar warns government forces
Next articleHow Article 35A scrapping rumor, fresh plea led to protests in Kashmir