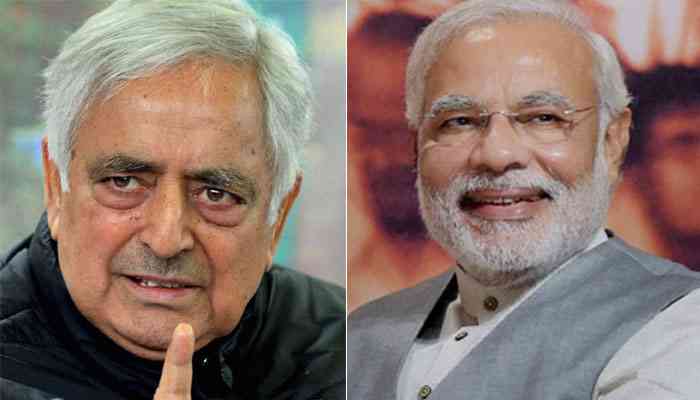 Stating that it would be safe to channel the popular incrimination that Modi-Mufti government is a ‘U-Turn Sarkar’, former Chief Minister and National Conference working president Omar Abdullah Monday said that from last 100 days, the incumbent government has been taken only ‘U-turns’ on all the important issues.

Article 370: “To justify the PDP’s sell out, this party at the time of government formation had said that their agenda of alliance have recognized the different positions and perceptions on the constitutional status of Jammu and Kashmir, but it proved hoax when BJP National Spokesperson Meenakashi Lekhi maintained on May 26 that there is no change in the stand of BJP on Article 370 and they are committed for its revocation.”

AFSPA: “PDP-BJP’s agenda of alliance talks about the revocation of AFSPA, but no such measures have been taken and rather the state government stands divested of the right to even talk about AFSPA, which is unprecedented. The Chief Minister Mufti Muhammad Sayeed continues to evade questions of AFSPA at official events and press interactions.”

Battle of Ideas: “To hoodwink people of Kashmir, PDP claimed that it would not enter into an alliance with the BJP unless the later agreed to resume the dialogue process with the separatist leadership. Now the BJP says there is no proposal to hold talks as of now. The Indian Home Minister even said that they will not tolerate and will not allow anybody to misuse their soil. Even Mirwaiz Molvi Muhammad Umar Farooq while terming the Mufti’s Battle of Ideas slogan as deception  stated the all the tall talk of Mufti proved a hoax.”

Increase LoC people to people contact, new trade routes: “Mufti Muhammad Sayeed had said that the vision of PDP is to become a bridge between India and Pakistan while her daughter Mehbooba Mufti in Parliament categorically said that no proposal to expand LoC trade is in place.”

Return of Power Projects: “In a brazen ‘U-Turn’, PDP voted against the resolution pertaining to return of power projects when National Conference introduced it in legislative council.”

Insult to Sanctity of state flag: “For reasons best known to Chief Minister Mufti Muhammad Sayeed and the present dispensation, soon after coming to power, the General Administrative Department of the Government issued a circular stating that the state flag has the same sanctity and position as the Union flag, however, the next day withdrew the same circular.”

Economic Morass: “The Coalition Governments poor handling of the state’s economic and fiscal system at the crucial juncture of post-flood recovery has landed the state into the midst a thick economic morass. Thousands of employees are without salaries, the treasuries are empty and there is no money for reconstructing public infrastructure and no incentives and relaxations have been offered to our traders, businessmen, entrepreneurs and those home owners who lost their homes in September floods.”

Flood Victims:” Flood victims have been let down by the same parties that foisted elections on them in the midst of devastation. Now the new government has demonstrated a complete lack of political will to start the dignified compensation and rehabilitation of the flood victims. The Finance Ministry has again suddenly run out of ideas and the CM has little to offer on his whirlwind chopper tours.”

Anti-Youth Recruitment Policy: “In PDP’s Year of Youth, the first gift to the youth has made the youth wish and pray there are no more gifts.

Tourism: “This government failed to kick start the tourism industry. This industry is going through a prolonged recession and in the absence of any support from the state and Central government’s after the floods, has struggled to bounce back.”

Neglect and Humiliation of Traders: “The small, nascent service sector in the state is struggling to survive in the absence of a decisive policy by the state government. After elections, the state government has reduced itself to a cheque distributing, photo opportunity craving enterprise with cheques offered after an elaborate and politicized sifting of flood victims.”

Employees: “The government’s draconian, suppressive tendencies have been an open secret from the very first week of its tenure. Besides protesting flood victims and traders, our employees too have been at the receiving end of the government’s batons.”

Political Instability: “The alliance continued to be viewed with doubt and suspicion in both regions of the state. There is widespread discontent on frequent U-Turns and surrenders on political stands that had been taken earlier. There is mistrust and the ambiguity from the government of various key-issues has led to an increase in incidents of provocation and friction.”