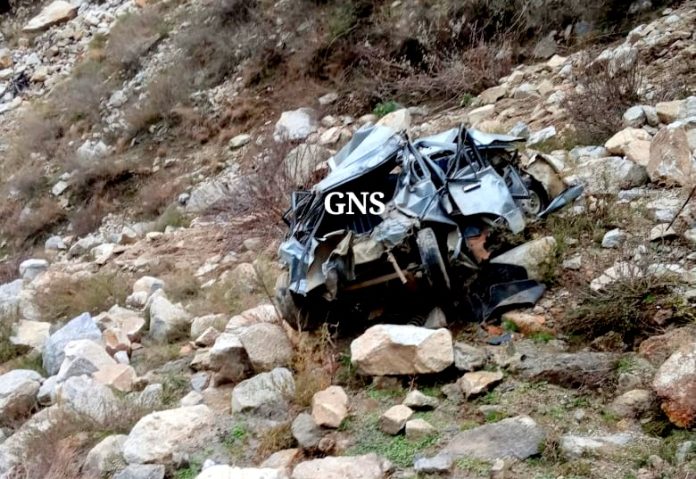 A person has died and two others suffered injuries after a vehicle they were travelling in met with an accident in Doda on Sunday evening.

Reports said that an Alto car bearing registration number JK02Q 2484 travelling towards Marmat plunged into a deep gorge on reaching Nathu Nallah Hambal, resulting in on spot death of one and injuries to two others.

The deceased has been identified as Parminder son of Jai Singh, a resident of Hambal.

The two injured identified as Suresh Kumar son of Parmanand and Nitu Ram son Shib Lal – both residents of Hambal – were evacuated by police and locals and taken to GMC Doda for treatment.

A police official has in the meanwhile confirmed the incident to GNS. (GNS)