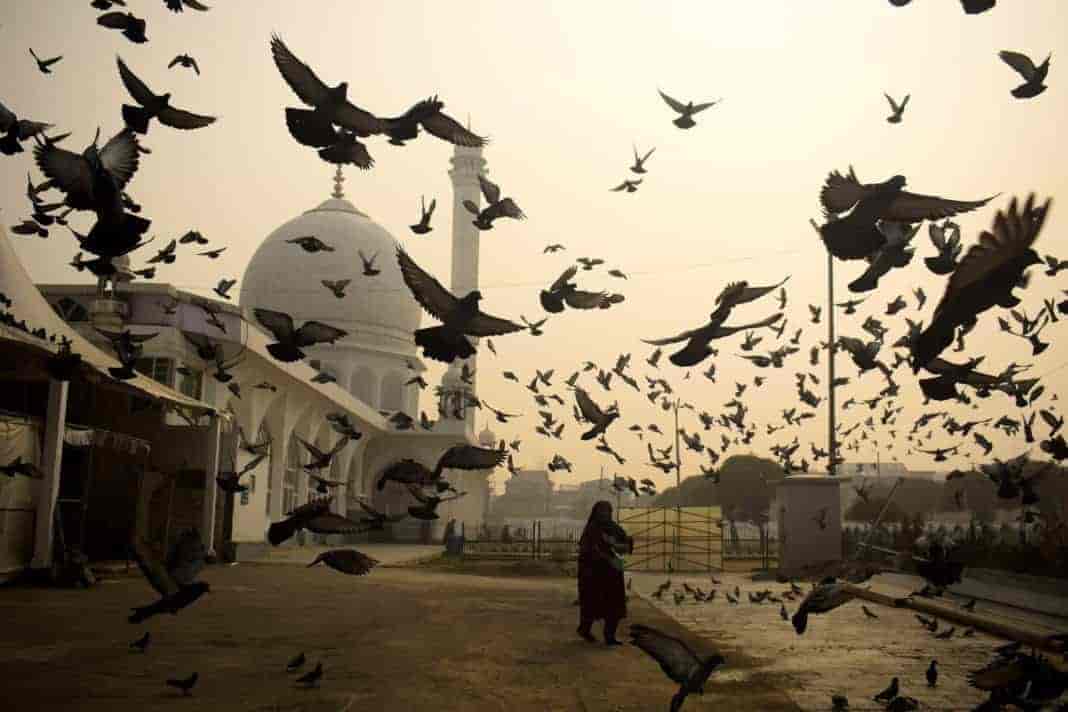 Streets had rush than usual. Shrines and mosques were beautifully illuminated with colorful lights. A night of remembering the God and Prophet (pbuh), on the day when the Prophet was born – Eid Milad in Kashmir, reverberates with echo of prayers.

Emotions fill the interiors of the shrines, where men and women sit in rows, wishing good for their life.

Eid-i-Milad, the birth anniversary of Prophet Muhammad (PBUH), was observed with religious zeal and fervor in Kashmir this week.

Thousands of people attended night-long prayers on the occasion of Friday following Eid-e-Milad-un-Nabi.

Despite chilly weather, a huge number of devotees, including men, women and children from all across the Valley thronged Asar-e-Sharief Hazratbal, Srinagar.

Devotees attended night-long prayers in the shrine. The holy relic was displayed five times after the culmination of congregational prayers by head cleric of the shrine.

Locals were seen serving food to the devotees. Big and small processions were taken out on the streets during the day.

Large number of vendors had set up stalls outside the shrine periphery. Special transport arrangements had been made to bring the devotees to shrine.